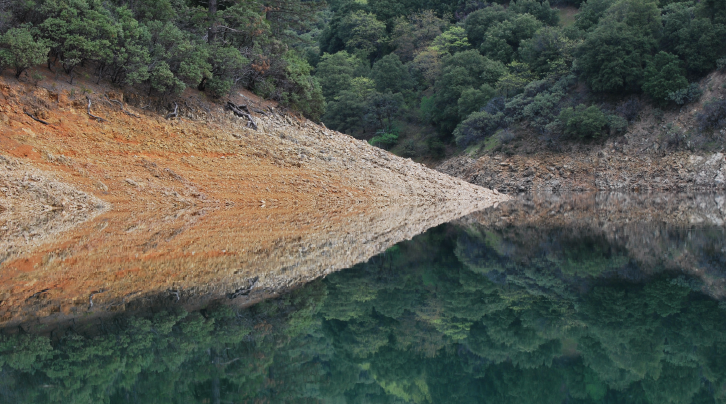 ​ROGUE VALLEY BASS CLUB
Official Handbook/By-Laws
Last Revised: 1-7-2023
This handbook is to serve as a guideline for club operation procedures.
Rules are subject to change at any time by a majority vote of club membership. If you have any questions please present them at the next club meeting.
RVBC meets the first Tuesday of every month at 6:30PM. Current meeting location is Abby's Pizza, White City, OR.
CLUB WEBSITE AND FACEBOOK:
Website: www.roguevalleybass.com Facebook: https://www.facebook.com/rvbcbass
ARTICLE AND PURPOSE
ARTICLE:
It is the foundation of this club to share a common desire among anglers in the pursuit of warm water Game Fish (Bass etc.). We will strive to enhance ourselves in fellowship, and camaraderie with each other and the community. We will attempt to preserve the future of our sport by our support, and participation in conservation of our warm water fish and their habitat.
PURPOSE:
1.) To stimulate public awareness of Bass and warm water fishing as a major community sport.
2.) To bring into light the importance of “Catch and Release” fishing on major species of fish. 3.) To offer our State Agencies our information and organized physical, moral, and political support.
4.) To promote full adherence to all conservation codes and to lobby for adequate water standards.
5.) To bring attention to potential criminal wrong doing associated​​ with our sport.
6.) To enhance our angling skills, promote and encourage youth fishing through organized activities.
7.) To promote fishing and outdoor activities as a means of support for family and community. 8.) To accommodate the competitive nature among anglers by way of contests (bass tournaments).

21. Prefish cut off at all lakes will be on the Sunday before the Tournament. ( no fishing on the week days of the week just prior to a Tournament.)

ANGLER OF THE YEAR (AOY)
The points members earned at each of the years tournaments will be totaled towards an Angler of The Year award. These are accumulated individual points from the start of the year and accumulated throughout the season. Established teams that fished the entire tournament season togethernot missing one single event or fishing any events with another fisherman will be the same score and take up one spot. If a team member makes all of the tournaments but does not fish one event with his or her typical team member their pointsfor AOY and theTOC will then be separated, resulting in each member taking their own spot in the points race. No angler will receive Tournament Points in a Tournament they did not fish.

There will be 2 separate Angler of the Year Awards, one for Saturday and one for Sunday. Points will be based off tournament weights, the angler with the highest weight after all tournament totals have been totaled up will be awarded Angler of the Year for either Saturday or Sunday.
The winner of Angler of The Year will receive a trophy at our annual banquet.
TOURNAMENT OF CHAMPIONS (TOC)
The Tournament of Champions is an end of the year tournament fished in October after the tournament regular season has concluded. The Top 10 fishermen on Saturday and Sunday in the AOY points race are invited to participate in this event. This means that ONLY the top 10

fishermen from each day can fish this event. In the event of a member that is in the top 10 cannot make the tournament there will be one less boat in the tournament and it will not be filled by someone that did not make the final top 10 in points. The same rules require to qualify as they do in the AOY race. Established teams that fished the entire tournament season together not missing one single event or fishing any events with another fisherman will be the same score and take up one spot in this tournament. If a team member makes all of the tournaments but does not fish one event with his or her typical team member their points for qualifying for the TOC will then be separated, resulting in each member taking their own spot in the tournament. Any 2 TOC Qualifiers may fish together in the TOC.
Fisherman that qualify for this event do not pay any entry fees and fish for a bigger pot from money that was raised by the club throughout the season. This tournament unlike the rest of the season is a two-day combined weigh-in from Saturday and Sunday. The tournament pays 3 spots and may award trophies up to 5 places without pay for 4th and 5th place. Pre-fishing for this event will be cut off the Sunday prior to the tournament at sundown.

Fisherman that did not qualify for this event are welcome to fish in a Second Flight if they have fished at least half of the regular season tournament schedule. The club will set aside $50 for the second flight pot and each fisherman fishing must pay the typical tournament entry fees. The second flight blasts off after the first flight and has its own separate weigh in after the first flight for their separate pot. There must be at least 3 participating boats to have a second flight.
TOURNAMENT SCHEDULE MEETING
The club schedule will be determined in December of the previous year or January of the same year. The club will vote on the locations of the tournament for each month, but it is up to the board to decide the dates within that particular month.
CANCELLATION OR RESCHEDULING OF TOURNAMENTS
Once the club tournament schedule is voted in for the year, no location or date changes are allowed to be made. The only exception to this is when it concerns to the safety of club members. This could be due to weather, travel impediments, etc... It will be up to the discretion of the club president to make the final call on this. Changes in venue should be made no sooner than three days prior to an event when it concerns to unknown weather.
CLUB OFFICERS AND DUTIES
President:
• Presides over all meetings
• Directs all official business
• Supervise all club functions
• Schedules times and locations of club meetings
• Responsible for making sure all bi-law and club polices are followed
• Assists with setting up club tournaments and open tournament(s)
• Conduct tournament entry procedure at club meeting prior to each tournament
• Responsible for obtaining awards such as trophies, etc.
• Responsible for making decisions on tournament relocation and cancellation for safety purposes
• In the event of a tie President casts the tie breaking vote
Vice President:
• Assists President at all meetings

Members at Large: (1 or 2 members)
• Sit in on all meetings and board events and casts a vote
• Do any duties asked by the President or fill requirements deemed at the start of the year.
• Must be able and willing to fill in or take over any officer’s position on any given day or take over for the remainder of the year.
*All board members can fulfill the duties of another member in their absence
Election and Eligibility:
Club officers will be voted on during the regular club meeting in December. If you wish to run for a club office position, make a nomination for yourself during the October or November regular club meetings. You must be a member for a minimum of 2 years in good standing before you are eligible for a club officer position. Voting will happen in December for positions that have more than one candidate. Each club member in good standing will be allowed a single vote for each position voted on. Office terms last for one full year. They will begin at the December meeting when elections are made and end the following December at the next election.